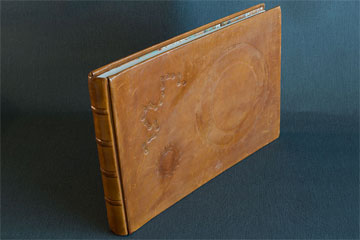 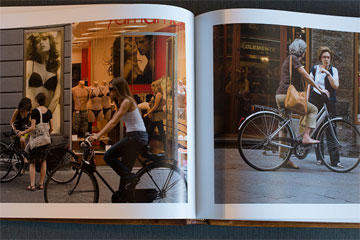 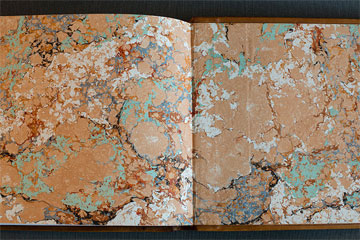 In May 2006 I stepped into an old bookbinding shop in Florence and met Omero Benvenuti as he taught a young Japanese student how to sew a headband on an old leather book. I was fascinated. That night I decided that if we moved to Italy, I would study bookbinding.

It took three months of settling the family into Rome and taking daily Italian classes before I hopped the train to find Omero in Florence. When I exited the Santa Maria Novella station, I noticed thousands of bicycles parked in clumps. All shapes, colors, and years of decay were represented. Where were the riders, I wondered, on a train?

On the way to Omero’s, I entered an alley and saw an old single speed bicycle standing alone, balanced against the curb. It seemed to glow, strangely illuminated by the light reflected from the stones. I squatted to take a photograph, then I saw another, and another, and I knew I was hooked on bicycles.

Each week I scoured the alleys, and for the first time in my life, I found myself photographing still objects. Each one seemed to resonate a life, or several lives. Inevitably, pedestrians and cyclists entered the frame as I prepared to photograph a parked bike, and soon I found myself more interested in the action surrounding the bikes than in the bikes themselves.

One day I saw a hydraulic jaw lifting abandoned bikes from the sidewalks and dumping them in the back of a truck, the dreaded bicycle catcher was stealing my tribe. Each week I showed Omero a few of the bike photographs, and I told him that we would make a book, and in the winter of 2008, he helped me bind the first copy of Biciclette Fiorentine.